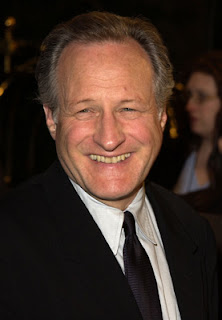 • Columbus Day features a person nobody likes proudly declaring in your news feed the truth about the Italian explorer. THE ONE NOT FOUND IN THE HISTORY BOOKS!

• Trig Palin will glue Cheerios all over his face.

• People will recount the great duel between Mark Twain and Samuel Clemens.

• A jacked person will finally have sex with a woman.

• Artie Lange will successfully not kill himself.

• Millions of snarky bloggers will continue watching The Jersey Shore and be stunned by its success.

• The Lakers will win their 17th NBA title off the blood, sweat, and tears of point guard Derek Fisher.

• Someone in your neighborhood will, like, totally still be convinced that Leonard DiCaprio is into guys.

• President Obama puts 85,000 troops in Tehran. The conflict is appropriately dubbed “Bush’s War.
.
• Under-Culture will come out with a stunning six podcast episodes.

• A person will clarify the difference between the David Bowie and Vanilla Ice song.

• Nicholas Cage will settle for doing a shitty movie at the mere cost of $17MM.

• Cable news hosts will have to tell people their job function at a cocktail party.

• The Academy Awards will reward the fourth best documentary of the year.

• iJerk will be the Apple Store’s best selling app of all time.

• Larry King will make a cameo in a film and drop a fuck bomb. Gawker will lose its shit. NYMag commenters will ruin the moment.

• Slate will release an article with the headline “Does anyone REALLY want to live forever?”

• America will talk about how a Sanitation Commissioner is totally ready to be President.

• Apple will introduce an inelastic $7,000 device that allows you to read the New York Times and play Sudoku.

• A Congressman will be forced to resign after referring to an obnoxious reporter as a “goddamn hipster.”

• People will stop saying “No offense” prior to saying offensive shit.

• The truth will finally come out regarding all the good things about crack.

• Coca-Cola will create an ad actually discussing their beverage for the first time in three decades.

• The release of Cars 2 will lift the “genius” tag from the Pixar Team.

• History Channel will only air 117 specials about Hitler. A record low.

• A 9 year old will stay up past his bedtime to watch Predator 2.

• Armond White will call Baby’s Day Out 2: He’s Back, Bitch! a “stunning masterpiece. A Tour De Force performance we haven’t seen since the likes of Ray Liotta in No Escape.” He will win any debate about his controversial opinions, because he will compare it to a D.W. Griffith movie nobody could else could actually sit through.

• Bill O’Reilly will be caught in the middle of a quasi-homosexual scandal.

• Jai alai will make its long waited comeback when the NFL and NBA seasons are cancelled.

• An episode of 30 Rock will feature Alec Baldwin announcing he has testicular cancer without breaking character.

• The Complete Mr. Belvedere Series will get its long overdue Criterion DVD edition.

• Someone who demands their taxes to be higher will finally check the box on the form and send more money to the government.

• Reality Television will finally catch on.

• America will finally be “over” baseball.

• A reboot of Inception? Oh, its happening.

• People will finally realize that saltine crackers are to be eaten in mass quantities.

• The Onion will write eight funny articles. A DAY.

• People will revisit that one episode of Friday Night Lights where it ended with a PSA advising drivers not to text message while in the car (What the fuck was the deal with that!?!?).

• Bob Woodward will come out with yet another length, exhaustively researched book that scholars begrudgingly read.

• Barbara Streissand will release a sex tape she made with Andre Agassi in order for her to talk about herself.

• A politician will scientifically prove how he can save America $30 trillion dollars in one year and make everyone happy in the process. He will lose the election when it turns out he really liked the movie Crash.

• Malcolm Gladwell will release a really fun and insightful book that a pseudo intellectual calls “stupid.”

• The Bridge and Tunnel Crowd will all be struck dead by lightening. Belief in God will skyrocket.

• An asshole who starts a sentence with “I used to like The Simpsons, but now…” is subsequently kicked in the balls.

• A critically acclaimed new comedy series passes on hiring the editor of the Lampoon.

• Fans of Richard Pryor admit that they listen to long stretches of his material without laughing.

• People behind the “It Gets Better” campaign tearfully record a followup video in which they admit that “Life sucks and then you die.”

• Peter King acknowledges that a hockey defenseman getting an emergency tracheotomy and playing a Stanley Cup Finals game on a back-to-back features more manliness than an NFL right tackle playing on a “shortened” six day schedule.

• A friend of mine correctly fills in the blank: Conan O’Brien makes my dick [ ].